What Uber Got Wrong (and Right) About Secure Enterprise Messaging 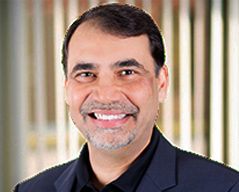 Uber execs are under fire for using an encrypted chat app that allows users to automatically “disappear” messages. Although the company was smart to use encrypted messaging, it also made some mistakes – and Uber’s example provides important lessons for other enterprises interested in a more secure way to share information and data.

In November, it was revealed that top executives at Uber relied on Wickr to hold privileged conversations. The information emerged during pre-trial hearings in the self-driving technology lawsuit between Waymo and Uber. Attorneys accused Uber executives of using Wickr’s ephemeral messaging to discuss trade secrets stolen from Waymo.

The use of ephemeral (or "disappearing") messaging isn’t illegal. Employees and business leaders sometimes use this technology to share sensitive information. The problem was that Uber failed to archive information that could later be relevant for litigation or regulatory compliance.

Legal ramifications aside, it’s important to know that Uber’s decision to use encrypted messaging technology wasn’t entirely off-base. As the president and CEO of NetSfere, a leading secure mobile messaging solution for enterprises, I can honestly say there are several things Uber did right.


But there are also several things Uber did wrong

Even though Uber used the professional version of Wickr, neither the platform nor the way it was used were appropriate for the enterprise. Here’s what Uber execs got wrong in promoting and using this technology.

Uber’s decision to ban Wickr and other apps in the wake of its legal troubles is only half right. For enterprises, completely banning the use of messaging technology is neither a practical or realistic solution. Instead, Uber should make a more appropriate enterprise messaging tool like NetSfere available to its employees.

But ephemeral messaging isn’t the only challenge enterprise decision makers face. In today’s workplace, two-thirds of enterprises authorize the use of consumer chat apps because they don’t have a reliable way to block their usage, according to a recent study NetSfere conducted in partnership with Ovum, "Secure Enterprise Messaging in the Age of the Chat App."

It’s not that enterprises don’t understand the risks of consumer messaging and chat apps. By now, any IT department worth its salt knows that consumer-grade messaging apps pose serious risks to security and compliance. The problem is that enterprises struggle to stop employees from chat apps because they offer features that are ideal for business communication.

If nothing else, Uber’s story shows that encrypted messaging has value in the workplace. NetSfere offers a better solution than either consumer or ephemeral messaging solutions because it offers the features of consumer chat apps as well as enterprise-level security and controls.

The big lesson enterprises can learn from Uber is simple: Implement a secure enterprise messaging platform like NetSfere with centralized data storage and administrative controls or suffer legal and regulatory consequences later.


Back to CEO's Corner